Vintage 2019 in Bordeaux: characteristics and analysis 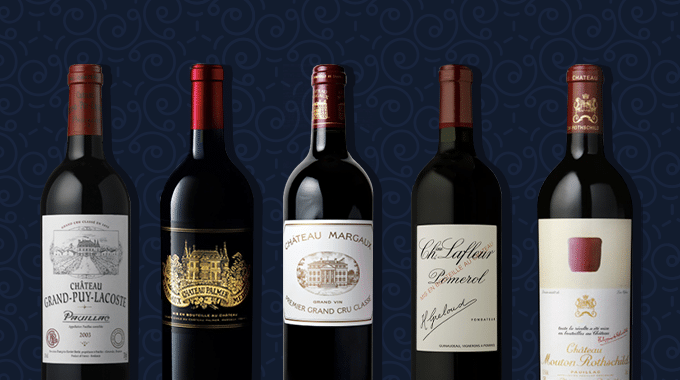 Year 2019, despite the beginning of pandemic and the following difficult sanitary context, complemented a series of very successful Bordeaux vintages (although not without difficulties for winemakers). Year 2019 combined many of the conditions of an outstanding vintage :

In 2019, the first condition was only partially met.
The first three months saw very warm and mild winter weather, with most of the precipitation falling in January, the only winter month in which average temperatures did not exceed the norm. March, on the other hand, was distinguished by generous sunshine and markedly less precipitation (-70% of the monthly norm).
Due to the warm winter and sunny start of spring, the buds on the vines opened a week earlier than usual (in mid-March), but the cool weather and precipitation slowed down the growth of the vines.
Early June, the flowering period, was also marked by cool and wet conditions, so that flowering was not only uniform, if we look on the whole Bordeaux appellation. Some vineyards had problems of flower drop or erratic pollination, which subsequently resulted in uneven berry formation or berry drop within the bunches.
A period of summer heat and drought began in mid-June, but the water reserves accumulated in soil in spring prevented the vine from stopping growth and provided good conditions for the start of fruit formation.
July 2019 was generally dry and warm, with a sporadic and brief but abundant rainfall in form of thunderstorms in some parts of the region. This difference, together with differences in soil composition, caused uneven stopping of vine growth, often after the optimum moment for this. So ripening of the grapes (even of the same variety) was not simultaneous in Bordeaux region. Soils with good drainage were able to provide sufficient water stress and an optimal start to ripening. But on the soils retaining more water, growth of vines stopped later, delaying the start of ripening.
The weather in August alternated between hot and cool periods, which contributed to an optimal ripening process.
The first half of September was dry and hot, which caused some water stress. Thus, the delayed beginning of ripening in some parts of Bordeaux was compensated by the warm start of September. Red varieties thus cumulated colour, aromatics and soften the tannins. On the other hand, the increasing rainfall towards the end of the month prevented excessive water stress and berry ripening for the late-ripening varieties, which grow on soils with good drainage.
Such conditions contributed to the slow ripening of the berries, which is an another sign of successful vintage.
The optimum amount of rainfall fell during the last decade of September, completing the ripening process without the high risk of grey rot.
Thus, the Merlot variety successfully completed ripening by the end of September and the Cabernet was harvested in excellent condition. In 2019, as in 2018, the last two conditions were met, resulting in a red grape harvest of excellent quality.
The harvest of white grapes was completed by 23 September, before the rains that fell at the end of the month. Despite of the hot summer, which does not usually mean a good vintage for the white varieties, the white vines did not suffer from excessive water stress. Therefore, the grapes were harvested in excellent condition, with sufficient sugar content, excellent acidity and wonderful aromatics, essential for the balance of wines and their potential for ageing.

As for the sweet wines of Sauternes, which are the result of the noble Botrytis Cinerea rot ‘working’ on grapes, its emergence was delayed by warm and dry weather (which, on the other hand, is favourable for the ripening of red varieties). In some places grey rot appeared in the vineyard and had to be removed in order to avoid it spreading throughout the vineyard. The rains at the end of September accelerated the spread of noble on the perfectly ripe berries, so the concentration of sugar and aromatics in the berries increased quite rapidly. Most of the grapes was harvested before mid-October, thanks to the winemakers’ efforts and careful sorting of the grapes. As a result, the 2019 vintage for sweet wines was not the most voluminous, but of very high quality – with clean aromatics and good concentration.

Vintage effect depending on grape variety

Merlot – the grapes were harvested a little earlier than usual, but not as early as in 2018. For optimum Merlot ripening, late August and early September are crucial, with the usual harvest period in the second half of September. In 2019, the characteristics of the wines based on Merlot depend on the winemaker’s choice of harvest period – before or after the rains of the third week of September. That said, the overall sugar content of Merlot berries was quite high, even higher than in 2018, but at the same time – with a higher level of acidity. The skin of Merlot berries was quit dense in 2019, and filled with a significant amount of anthocyanins during ripening, which gave the wines a rich colour. On the other hand, due to periods of rain in August and September, the berry pips did not reach the maturity level of 2018. Overall, for the 2019 Merlot, conditions of dry but not hot weather during ripening and harvesting were satisfied, resulting in a successful and high-quality harvest of this variety.
Cabernet Sauvignon and Cabernet Franc – harvesting started immediately after Merlot and rains of the end of September. Most of the work took place in the first decade of October, in ideal conditions for grape harvesting – daytime temperatures around 20°C, generous sunshine, rare rainfall and windy weather allowing the berries to dry within a few hours after rain. Compared to 2018, the Cabernet berries were smaller but with comparable levels of sugar content, higher acidity, richer colour and higher levels of tannins. They also exhibited great aromatics, although the bouquet did not appear immediately, due to differences in colour at the beginning of ripening. The pips reached maturity just before the harvest. Thus, thanks to the September rains, the Cabernet Sauvignon continued to mature, so favourable conditions for a great vintage for Cabernet Sauvignon were also satisfied.

Compared to the other Bordeaux appellations, Sauternes received more rainfall in July due to thunderstorms at the end of July. During this period, 100mm of rainfall accumulated in this appellation. The humidity that they created, together with the hot August weather, provoked grey rot in areas where water stagnated on the surface. At the same time, in plots with good drainage, the berries sometimes were able to dry out. Thus, many estates had to “clean” the vineyards and remove damaged berries, which naturally affected the volume of the crop. This treatment, however, created more favourable conditions for the emergence of noble rot, which appeared after the rains in the second half of September on ripe and clean berries. It spread and developed quite rapidly and the harvest was also accelerated and was ready before the next rainy period in mid-October. The berries harvested later were of lower quality and less concentrated because they had absorbed the precipitated moisture. Therefore they did not go into the production of sweet wines. Because of these conditions, the production volume of Sauternes wines in 2019 was quite low.

Characteristics of the 2019 wines

Dry whites – very successful, with characteristic hints of ripe Sauvignon Blanc (grapefruit, lemon), exotic notes and the soft texture of ripe Semillon and, at the same time, surprisingly fresh.
Sweet whites – clean and aromatic, with a high sugar level, but not heavy, with a fresh aftertaste and high acidity, thanks to the tough sorting due to the unfavourable weather conditions of 2019.
Reds – heterogeneous, more or less successful depending on the part of the region, so it is difficult to describe the 2019 vintage for red Bordeaux in one word. Merlot was quit successful, with bright aromas of cherry, ripe plum and blackberry, soft texture and velvety tannins. This technical and phenolic maturity could be achieved thanks to the rains at the end of September. Sugar content and alcohol levels were high, confirming the general trend of increasing sugar content in the berries observed during last years. But wines were balances, thanks to the high acidity of the berries, bringing the 2019 vintage closer to classic Bordeaux.

Cabernets, again thanks to moderate rains and a fairly warm end to the season, were harvested at optimum maturity and in excellent sanitary condition. Globally speaking, these do not reach the level of richness of exceptional vintages, but possess a bright, fruity bouquet and pronounced tannin structure. The best results have been achieved on the most suitable soils for Cabernet with a deep gravel layer.
Next article will speak about my tasting of 2019 vintage of Union des Grands Crus de Bordeaux, illustrating the particularities of this vintage. 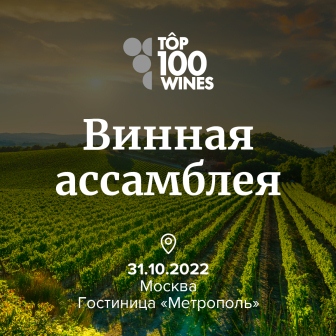 How to pair mushrooms and wine

Secrets of my parents wine cellar